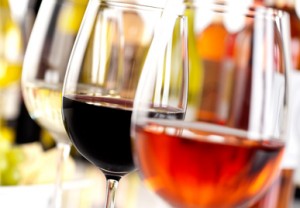 Growing up in an Italian family, wine was always a focus at gatherings of family and friends. But it wasn’t until Jason was involved with creating a special dinner for an Italian winemaker while working in an Italian restaurant in Miami, Florida that his passion for wine was ignited. Long before the days of the Internet, Jason headed to his local library and researched oenology, the study of wine, in order to choose the wines that would be served.

After the dinner in Miami, Jason and Marquis de Frescabaldi spent time talking about the menu and how the well the chosen wines paired with the food. Jason was immediately hooked and his enthusiasm to learn more about wine skyrocketed. Before the evening was over, Jason was given a bottle of wine from the winemaker, which remains in his personal collection and is often pointed to as the catalyst for his love of wine. When you visit Vino e Amici, you can be sure you will see this bottle proudly displayed.

Years later, while working at Walt Disney World in 2003, Jason began studying with the Guild of Master Sommeliers and became a certified Sommelier. While at Disney, Jason was on the team responsible for producing the world-renowned Epcot International Food & Wine Festival, and continued to study wine and network with some of the wine industry’s most influential winemakers, wine writers and sommeliers.

Upon relocating to Northern Virginia in 2007, Jason worked with Starwood Hotels, where he directed the opening of a wine bar at a new hotel. Under Jason’s leadership and management of the wine program and day-to-day operations, this wine bar won several local, regional and national awards. Also during his tenure, Jason was interviewed by several local television stations and featured in publications, such as Wine Spectator, On-Tap magazine, Northern Virginia Magazine, and The Washington Post.

Jason looks forward to making your acquaintance and sharing his passion for wine with you.