Cork vs. The Screw Cap 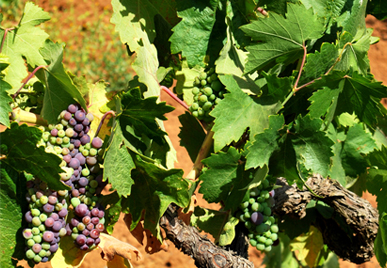 As a child one of my favorite movies was The Muppet Movie, the original from 1979. It had everything… humor, catchy songs easy to sing along with (I admit, I had the record and rocked out to it often), a love story, and a deep message that, with friends, anything can be accomplished. In one of my favorite scenes, Miss Piggy and Kermit are out for a romantic dinner and their server is the great Steve Martin. During dinner, Martin presents his guests with the wine they ordered and proceeds to deliver the line, “Would you like to smell the bottle cap?” His delivery is perfect, just the right amount of disdain in his voice for serving a wine with a screw cap while smiling at his guests. As a child, this line spoke to me as my mom always had a jug of “Chablis” or “Blush” wine in the fridge. Every time she went to pour a glass, I would say, “Would you like to smell the bottle cap?” I’m sure I thought I was being cute, but looking back, I’m positive it became annoying.

Over the past few years I’ve seen more and more wines being bottled with screw caps. As a sommelier, I was initially not happy about this. I mean, wine is meant to be secured with a cork. How do we serve wine with a screw cap? Part of enjoying wine is the show the sommelier puts on when you order it… showing you the bottle, cutting the foil, pulling the cork (with no popping sound), presenting the cork, watching you feel and smell said cork (which really doesn’t do anything), and then pouring that first taste. What are we supposed to do now? Twist, drop, and pour? Where is the fun in that? Where is the show? Are we supposed to become Steve Martin and proudly ask, “Would you like to smell the bottle cap?”

I needed an ally against these screw caps. But who could I turn to? I talked to some fellow sommeliers and the anti-screw cap sentiment was mixed. I knew I needed a fellow wine snob. So who more wine snobby then the French? I knew I had my ally in the French. Or so I thought. I was shocked to learn that the French invented the wine screw cap. WHAT?!?! It’s true. In the 1950’s French researchers created a product called “Stelcap vin”. The hope was this new seal would end the wine industry reign of terror known as cork taint or corked wine. As you may know, cork comes from a living tree and contains a chemical called 2,4,6-Trichloroanisole (TCA), which is also found in vegetables, soil, grass, etc. TCA is the chief cause for a corked wine. While the cork goes through a process to remove the TCA, some still slips through and has ruined many a bottle of wine. As many would expect, the idea of a screw cap closure didn’t go over to big in France and the research stopped. Many thought the screw cap was dead.

In the 1960’s the Australian wine industry was taking off and they were learning that they were producing wines that were quickly becoming sought after around the world. The Australian Consolidated Industries (ACI) purchased the rights to “Stelcap vin” in 1970 and named it Stelvin. The purchase was kept relatively quiet on the world stage, but was a prime example of the forward thinking minds that would make Australian wine a worldwide power.

A screw cap is made of two components: an aluminum cap and a Polyethylene (wadding) liner in the top of the cap that is covered with a foil layer. By 1976, ACI was experimenting with three different widths of this wadding; the same material used for strips of film or plastic supermarket bags, and was using a cork closure as a control. After tons of research, it was concluded that a foil layer controlling the gas exchange, overlain with the right wadding material at the right width, was ideal for a bottle closure. In fact, it was just as good as a cork.

Meanwhile, here in the United States, our exposure to the screw cap was in the form of what it is these days. Screw cap wines were considered “hobo wine” or the wines we all drank in college to get drunk. Boone’s Farm anyone? Mad Dog 20/20? Mom’s jug wine in the fridge? Just like the stigma of wine coming out of a box, the idea of good wine under screw cap was unthinkable. This was until 1997 when Plumpjack Winery in Napa, one of the most famous at the time, decided to bottle its Cabernet Sauvignon Reserve with a screw cap. They began packing half the wines in each case with cork and the other with a screw cap. Meanwhile, Australian innovation marched on.

To further and truly prove the screw cap was just as good as its cork rival, a large group of winemakers in Australia’s Clare Valley, known for their Rieslings, sealed 250,000 bottles of said wine with a screw cap in 2000 and let them age, checking them here and there. By 2006, the wines were aging wonderfully and showing indications that this new closure would also be ideal for storing and aging wines for long periods in bottles. This was an ambitious move that paid off. In 2001, New Zealand also began its screw cap initiative and, by the 2004 vintage, 70% of the country’s wine was released under Stelvin closures.

Flash forward to present day and the acceptance of the screw cap has taken hold in the last decade or so, prompting many winemakers around the world to completely do away with cork. Industry experts estimate that 90% of New Zealand wines, 85% Australian, and 70% of South American wines are using Stelvin closures. Americans and the French are still not fully accepting of the screw cap with approximately 10% and 5 % respectively using the closure.

Consumers should not fear the screw cap, since most of us are not concerned with aging wine for decades. In general, winemakers will use the screw cap closure for the everyday drinking wine within their lineup, saving the cash flow for corks for their higher end bottles. There are some factors involved to switch to screw cap, including investing in new equipment or attachments. But overall the price of a screw cap is less than that of a cork, saving the winemaker money in the long-term. And don’t be turned off by the term “everyday wine” or “entry level”. A great winemaker will often offer wines at this level and price point to tease you into falling in love with them, thereby compelling you to indulge in their more focused wines down the road. It’s a win-win.

So go ahead…twist and crack, not pop, that beautiful bottle of wine and enjoy! If you don’t like the sound and want your friends to to be impressed at a dinner party, just take a napkin, fold it over the cap and twist. Or just own it with a satisfied CRACK and smile in the face of adversity. And go ahead… smell the bottle cap!